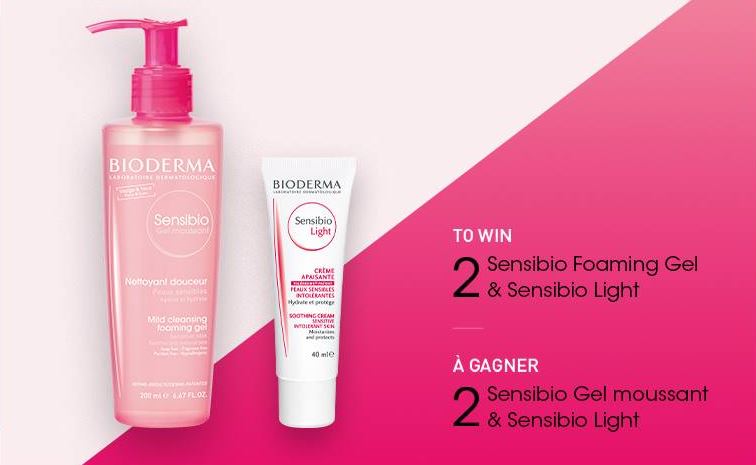 Bioderma posted today a new Facebook giveaway in which you can win one of the two Sensibio Duos, consisting of Sensibio Foaming Gel + Sensibio Light.

Go to the giveaway post on Facebook and in the comments tag two friends to invite them to do the same.

A random draw will be held from among all the elegible entries and the winners will be announced the following Tuesday, October 3, 2017.

Winners will receive one of the two Sensibio Duos, consisting of Sensibio Foaming Gel + Sensibio Light.

Winners will be chosen by random draw on Tuesday, October 3, 2017. The Facebook post of the giveaway will be edited with the winners' names.