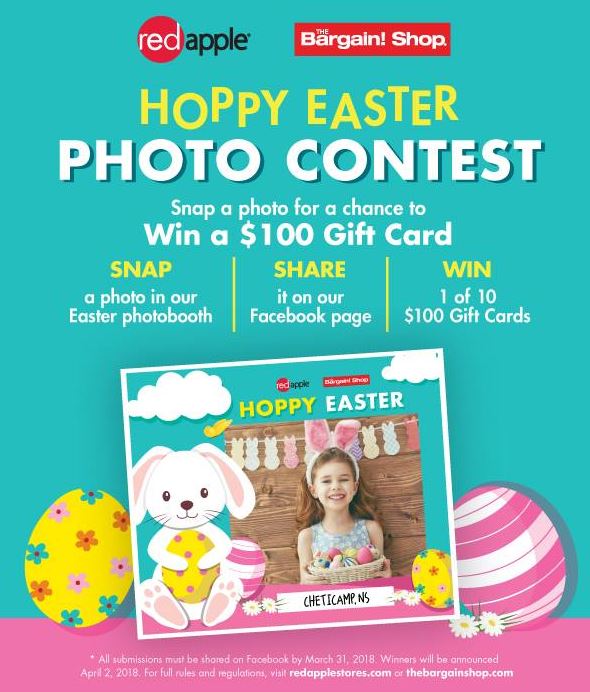 The Bargain Shop and Red Apple have announced their Hoppy Easter Photo Contest 2018, in which you can win one of the ten $100 gift cards.

Contest is open to residents of Canada (excluding residents of Quebec) who have reached the age of majority in their province/territory of residence.

To enter, take a photo of yourself in the Hoppy Easter Photo Booth in a Bargain Shop or Red Apple Store in Canada.

Multiple entries are permitted provided you post a different photo for each entry.

Contest closes on March 31, 2018. The 10 winners will be selected in a random draw from all the elegible entries received.

On Monday April 2nd, 2018 the 10 potential grand prize winners will be randomly selected from among all Entries received during the Contest Period.

PEI Potatoes Competition: Win a trip for 2 to Prince Edward...