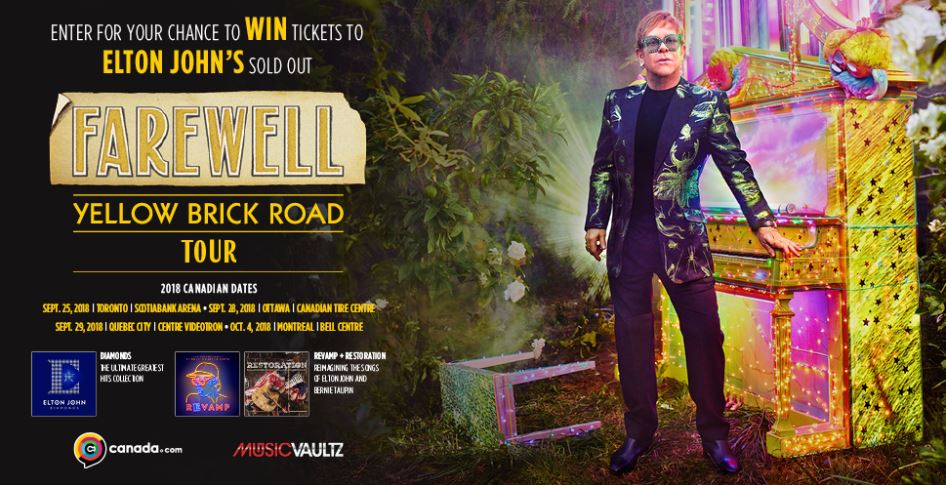 This competition is open only to legal residents of Canada who are of the age of majority or older in the province or residence in which they reside.

To enter you simply have to visit the official contest web page and complete the online entry form with your name, last name, email address, phone number, address, city, province and postal code, agree to the terms of service and submit it.

Contest ends on September 10, 2018.  Winner will be chosen by a random draw from among all eligible entries.

There are four Grand Prizes available to be won, consisting of:
-Two admission tickets to see one of the Elton John's performances on Canada
-One Elton John Prize Pack consisting on four CD or Vinyl Elton John recordings

The Grand Prize draw will take place on September 10, 2018. Winner will be contacted by telephone or email.

Sunset Flavor Giveaway: Win an assortment of 10 packages of Sunset...